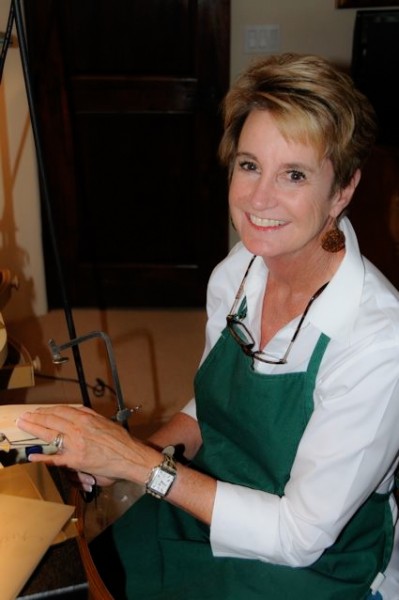 Suzanne Brown, born and raised in Arkansas City, Kansas, is a jewelry artist who, since 2002, has been living and working in Scottsdale, Arizona. Suzanne Brown Jewelry design vision focuses on natural organic shapes and clean lines utilizing sheet metal of all kinds – gold, silver, copper brass, and even iron – either singularly or in combination. Her inspiration comes from the natural shape, colors, vein patterns and luster of the stones she selects and sets. 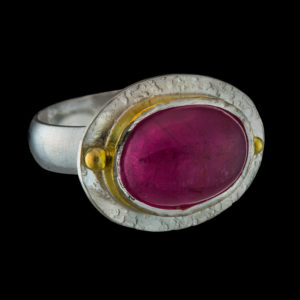 As a former award-winning master quilt maker, Suzanne incorporates time-intensive techniques that are drawn from the fiber art world: piercing, piecing, and etching. Her popular cutwork technique is akin to reverse appliqué rendered in metal. 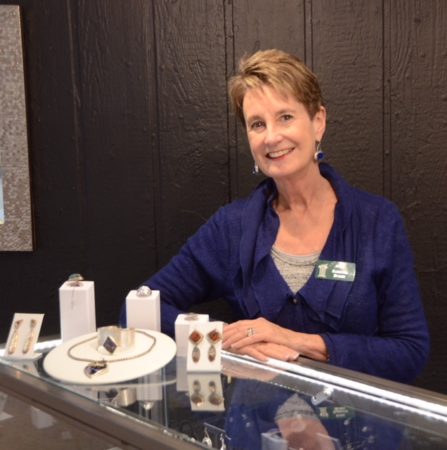 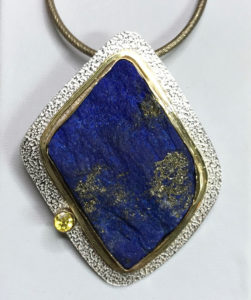 Gemstones were the inspiration that changed the course of her creativity. In 2005, at the Tucson Gem & Mineral Show, Suzanne was mesmerized by the colors, textures and shapes she saw. She embarked on an educational path to master as much about gems and metalworking as she could. While she has studied with such notables as April Bower, Cynthia Eid, Susan Katzmer, Carl Stanley, Michael David Sturlin and Carol Webb, Suzanne was first and foremost influenced by her close friend and mentor, James Corrigan, a master jewelry artisan and metalsmith who also owned a jewelry retail store in Chicago. 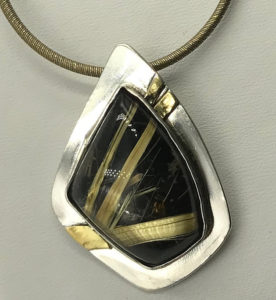 Bold use of colorful gems and stones take center stage in a wide variety of metals and Suzanne will buy only one of any given stone – making each one of her pieces completely unique. The unmatched quality of her work is enhanced by her signature skill in crafting intentionally mismatched designs – each stone and each setting in a pair of earrings is comparatively different, yet each compliments the other.

When Suzanne recently began learning a new technique of fusing gold over iron she was reminded of the ancient world and the artifacts left behind. Most of what is known about ancient societies today is largely from the jewelry created back then and each artisan transmitted his/her indigenous culture’s influence on the world through art. This reflection inspired a new collection, Modern Antiquities. With a change in perspective, Suzanne realized that she’s is creating pieces of history for families to treasure and pass on to their children.