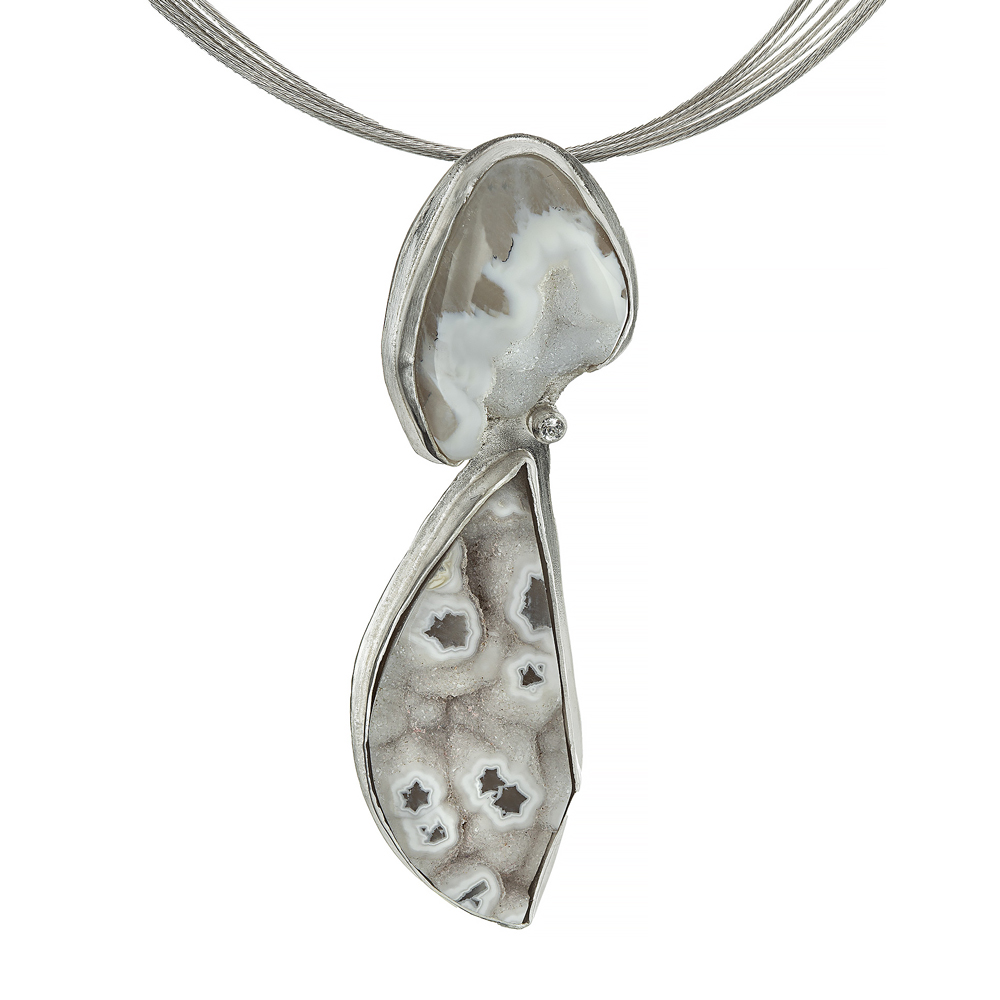 A pure doozy of a druzy – a magical micro-crystalized Ice Mountain geode set in a sterling silver pendant with invisible bale. This hypnotizingly uncommon stone is created by Nature – distinctive and dazzling like the sparkle of sugar or snow catching rays of light – a white druzy is especially ethereal. A Druzy is formed when water brings minerals to a rock’s surface and then the water evaporates leaving the minerals behind to form crystals on top of the rock. Each has particular characteristics, such as crystal size, luster, and color, and they are also thought to increase and balance one’s energy.

All works are hand signed by the artist. Click image to see enlargement.