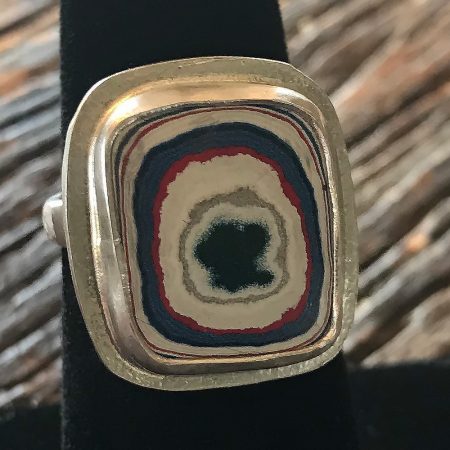 Fordite, also known as Detroit agate or Motor City agate, is old automotive paint which has hardened sufficiently to be cut and polished. It was formed from the buildup of layers of enamel paint slag on tracks and skids on which cars were hand spray-painted (a now automated process), which have been baked numerous times.
— From Wikipedia

All works are hand signed by the artist. Click image to see enlargement.